Something for Native Hawaiians to bank on

“It’s not that Hawaiians don’t have the money, it’s that we don’t have control of it,” said Kehau Filimoe`atu, president of Na Po`e Kokua, a Native Hawaiian community development organization on Maui that’s trying to establish a statewide Community Development Financial Institution. “We need a bank to keep the money.”

Many Native Hawaiians who have been awarded long-awaited homestead lots must give up the lots because they don’t qualify for conventional bank loans to build homes or to buy pre-existing houses. Frustrated with this situation, members of Na Po`e Kokua have been negotiating with Bank of America Corp. to start a bank that would be owned and operated by Hawaiians.

“That’s what we want to do with this bank — empower the Hawaiians,” said Tasha Kama, president of the Keokea Hawaiian homesteaders and a director of Na Po`e Kokua. “We hear all these stories — that there are so many problems with financing, that the homestead land can’t be used as collateral, so we just said, `Let’s open our own bank.’ ”

That speculation has evolved into an idea that’s becoming more solvent all the time.

“It does seem viable if all the pieces can come together,” said Sandra Perez, Bank of America vice president who was among a group of bank executives who visited Hawaii last year to discuss the project’s possibility. “Our department staff has evaluated this, and they think there’s potential.”

Ian Chan Hodges has served as chief negotiator for the project over the last two years, working to get Bank of America to commit $3.5 million of cash and in-kind technical assistance toward the venture. But the bank agreed to those commitments only with contingencies: Na Po`e must convince larger Hawaiian organizations with flush accounts — ranging from the Bishop Estate to the state Office of Hawaiian Affairs — to invest in a bank that directly will benefit the beneficiaries.

“Na Po`e can’t do it alone nor can we be the only one supporting (Na Po`e),” said Jim Wagele, senior vice president at Bank of America. “It’s very important that these other Hawaiian organizations see this as viable and see that there’s a need. They’ve got to do more than just sign a letter. They’ve got to show financial support.”

An early test of local opinion regarding the proposed bank could come Tuesday on Oahu when Na Po`e asks the commissioners of the state Department of Hawaiian Home Lands to pledge $50,000 as a show of confidence.

“We want to take Hawaiian money and use it for Hawaiian purposes instead of putting it in banks that might not be friendly to the needs of Hawaiians,” said Blossom Feiteira, the only Na Po`e staff worker — a part-time position.

Filimoe`atu sees the bank as a crucial component to Hawaiian sovereignty.

“As our Hawaiian people pursue greater self-determination, a Hawaiian-controlled bank will be a valuable community resource,” she said. “Economic self-sufficiency has always gone hand in hand with true political self-determination.”

If all goes well, the new Hawaiian bank could be chartered and operating before the end of next year. An advisory council of 20 Hawaiian leaders from across the state has just been appointed, including Oahu community organizer Dennis “Bumpy” Kanahele; Rep. Sol Kaho`ohalahala of Lanai; former OHA Trustee and Maui fire Chief Herb Campos; and Rose Marie Duey of Maui, who represents Na Kupuna O Hawai`i Nei.

“This could be momentous,” said Charley Villalon, vice president of Na Po`e board. “The full impact of what No Po`e is capable of doing hasn’t yet sunk in. I thought maybe we could get a grant or some kind of financial commitment, but no way could I have imagined a Community Development Financial Institution.”

Nowadays, Villalon not only imagines it, but he’s already hoping for the day when the bank can approve home loans, business loans, education loans and other loans to residents who traditionally have been turned away or simply have given up after being bombarded by the strange language of mortgages and the sea of paperwork that goes with borrowing money.

Filimoe`atu wants the new Hawaiian bank to take the time to walk new homeowners through a process that seems mind-boggling and intimidating.

Jimmy Rust, another director of Na Po`e, knows the odds that Hawaiians face when they fill out applications for conventional loans.

“Our people don’t have the high-level paying jobs, and it’s hard for them to qualify,” he said. “I can’t think of anything better than helping someone to get a home.”

Wagele admitted that banks often lose focus of the goal of helping a good family without much capital attain the American dream.

“That’s what banking is supposed to be about,” he said. “Traditionally, banks have not been fully responsible” to neighborhoods with low or moderate incomes.

So Community Development Financial Institutions have sprouted up in those communities with local leaders better able to relate to those seeking loans and able to identify particular needs or cultural concerns. Several such banks owned and operated by Native Americans on the Mainland and in Canada have proved successful in revitalizing communities there.

Filimoe`atu stressed that, if the Hawaiian bank becomes a reality, it won’t be passing out free cash. The institution will have to be sound — and profitable.

“The bank won’t be here to give Hawaiians money,” said Filimoe`atu. “It’s to loan money. It won’t be giving out grants.”

Neither will the loans be limited to Hawaiians. The bank will do business with anyone, but it will be owned and operated by Hawaiians.

To prepare for establishing such a venture, Bank of America has underwritten the costs for Filimoe`atu to participate in intensive training sessions on the Mainland over the last 13 months. A former owner of a travel agency in Lahaina, Filimoe`atu was familiar with the complicated world of finance and business but was nowhere near ready to kick-start a bank.

At about the same time, she also was offered a homestead lot at the planned subdivision in Waiehu Kou which, in a way, emphasized the need for a bank willing to go out of its way to help Hawaiians: Filimoe`atu had been No. 2,046 on a list for just 99 lots, which meant that more than 1,900 other Hawaiians didn’t want their award or couldn’t qualify for conventional loans to build.

“For me, it was bittersweet,” said Filimoe`atu. “I mean, it was so exciting to get a lot but I told my mother, `Ma, this is so sad because so many people had to give them up.’ ”

Filimoe`atu believes the new bank simply will be filling a need — and not taking away business from existing banks.

“We would be working with a part of the community that’s not being served,” she said.

Five years ago, no one would have believed that Bank of America — then accused by Chan Hodges and others of discriminating against loan applicants in Native Hawaiian and Filipino neighborhoods — would be the catalyst to creating a Hawaiian-controlled bank.

“Back then, things were pretty contentious between us,” said Chan Hodges. “But since we’ve been working together, our relationship has gotten to the point where I’ve been invited to one of the bankers’ weddings in July. It’s good to see that big corporations can actually do good. They’ve been really honorable about this whole thing.”

Through the efforts of Chan Hodges and others, Bank of America was pushed to commit $150 million in mortgage loans to homesteaders. The Federal Reserve Board ordered executives to make good on that promise as part of approving Bank of America’s merger with Nations Bank.

Since then, Bank of America has pulled out of Hawaii, but before leaving, it agreed to continue its previously arranged mortgage program. The program has moved slowly, Wagele says, because in order to make the mortgages available, the developer working with Bank of America’s firm must win the bid.

After meetings with Chan Hodges and members of Na Po`e, bank executives also came to see potential in what many local officials view as a fly in the ointment: homestead lands.

“They saw we had 16,000 people on the waiting list,” said Feiteira. “I think that’s what really opened their eyes. They (Bank of America executives) saw the need to get out in the community and work with the Hawaiians. They came to Hawaii, they met with our kupuna, they did site visits — all of which is unheard of in the banking community.”

As part of a nationwide campaign to assist community development projects, Bank of America also is considering the possibilities of loans for Hawaiian-owned enterprises and small businesses, especially those on or near the home lands.

In Na Po`e, executives found Hawaiian grassroots leaders long concerned about the plight of their people. The organization was born in 1992 in response to a cry from a group of Maui kahu (religious leaders) for more affordable housing for Hawaiians. More recently, Na Po`e was instrumental in the development taking place now at the homesteads in Waiohuli and Keokea.

Its board of directors represents a wide range of political points of view. Filimoe`atu admits she and fellow board member Rust are miles apart in their opinions regarding the extension of the Kahului Airport runway. But they put their philosophical differences aside when it comes to Na Po`e projects.

Now they face the next step of taking their hopes and plans to the larger Hawaiian community.

“We can provide resources and we can provide support in the start-up phase,” said Wagele. “But the ball is now in their court. If the larger Native Hawaiian community doesn’t support the concept, no matter what we do, it will fail.” 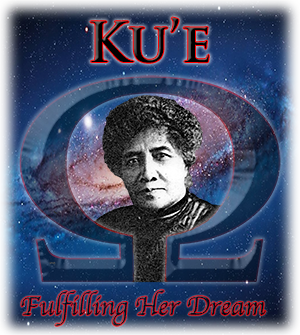